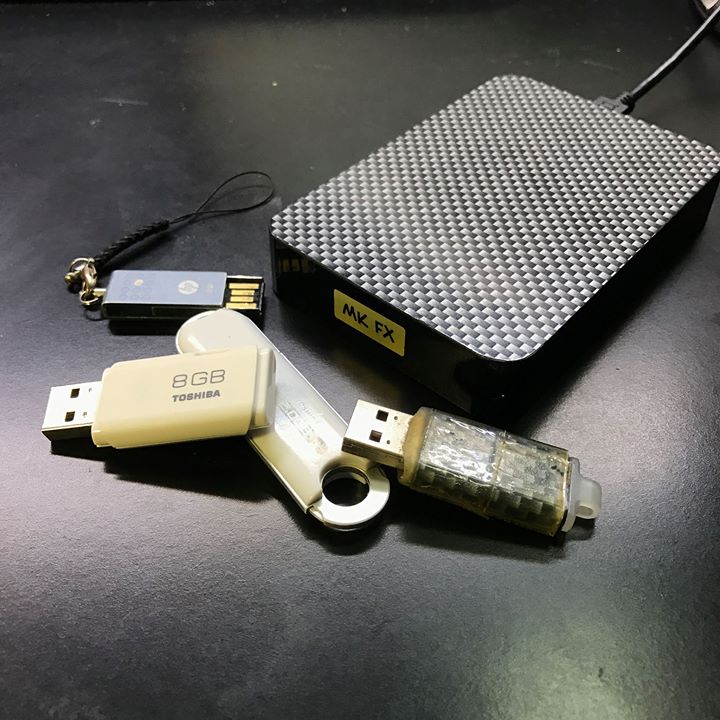 I’ve had my trusty 2TB Western Digital Passport for a while now, and a couple of thumbdrives of varying capacities lying around and as file sizes get bigger, instead of “how much capacity”, the question is now “how fast can I read/write my stuff?”

Transferring a 40Gb ISO file took forever, and I thought it was high time to upgrade. One of the biggest improvements in computing in the last decade was the growth of flash storage (storing data on chips instead of magnetic discs). Think about how much boot up and loading time SSDs have saved you. Speed aside, SSDs also have a size advantage. Today, it is possible to cram as much as 2TB of storage onto an M.2 drive the size and weight of a stick of chewing gum. Since all my PCs are on SSDs now it’s time to move away from hard drives. Up to 256Gb thumb drives exist now and Hardwarezone reviewed a couple of external SSD-based storage gadgets here. If you need more storage, there’s always Kingston’s new DataTraveler Ultimate Generation GT in 1 and 2 TB capacities. Kingston’s previous largest flash drive, the 1 TB DataTraveler HyperX Predator, is currently selling for over US$1,400 on Amazon as of July 2017. Yea. A thousand dollars for a thumb drive, oh well bragging rights are never cheap. I didn’t really need to carry 2Tb around all the time, and one grand is too much to stomach for a flash drive, so I went and assembled my own SSD-based thumb drive from an M.2 mSATA SSD. I got the M.2 to SSD converter enclosure here. There are other sellers that sell this item, however, it lacks a model number and thus you must search for it with generic search terms such as “NGFF USB 3.0”. You can pick one of these up for around $10 US. My SSD is a standard desktop grade M.2 by Adata SP900 2280 SATA in 512GB, based on synchronous MLC NAND flash and LSI SF-2281 controller, which I got for about $300.

Pitting them head-on, both plugged into the USB3.0 port of my PC.

As expected, on an OS with UASP support, in this case Windows 10, we can connect in UASP mode. I was getting 427 – 486MB/s read and topping out at 230 – 260MB/s write speeds on the SSD across two benchmarking utilities, both more than ten times faster than the hard drive.

A simple un-optimized transfer with individual file sizes exceeding 4Gb saw an average speed of 192MB/s, nicely transferring 26.6Gb of data is 180 seconds, or about 3 minutes, reasonable with a bus write speed of 260Mb/s, the same transfer would have taken 1,016 seconds or 17 minutes on the harddrive!

Power consumption is always a concern when you’re mobile, in this case my SSD consumes about 30% less power when active than my hard drive and idles at 139mA on average when there is no activity, significant when you’re on the road running off battery power.

For geeks, the controller is based on the ASM1153E USB 3.0 to SATA III controller chipset from AS Media, the SOIC-8 PH25Q40B chip beside it is a SPI 4Mbit flash memory, which is likely used to store device ID reported to the host device as well as specific addresses of programming. Findchips and Octopart yielded nil results, but looking at the pin-outs and the footprint of the chip, it could be a clone of a similar 4MBit SPI 512KB x 8 NOR flash memory by Winbond with the part number “W25Q40B”

Conclusion: All in all, I’m pretty satisfied with the results and hopefully it’ll last me for the next half a decade as my previous storage devices have reliably done so!