How I Rate my Movies 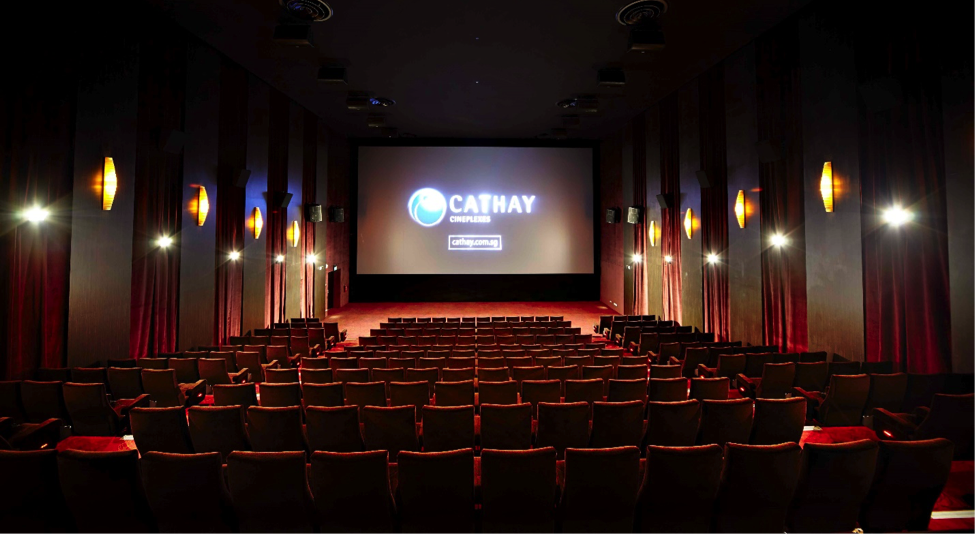 I’m a movie hound and cinephile. There’s nothing quite like the big screen and the creative talent and effort of thousands of film crew to deliver an impressionable story. Every year, hundreds of films from all around the world demand our attention and money and most of the times our decision to watch a movie is influenced by social recommendations and I have given many endorsements myself.

That got me thinking, what makes a movie worth watching? Undoubtedly, critiquing a movie reveals a personal impression of the viewer (myself). Although over the years, I’ve found that my personal scores fluctuate between the popular movie review platforms such as Rotten Tomatoes, Metacritic and IMDB and couldn’t be consistently associated with any single platform.

Back in college, I enrolled in a film-study module where we academically explored various modern media and the effects on social trends and popular culture. That was fun.

Today, I am delighted to share my judging criterion that is independent of genre, gender or cast. The categories are based on a simple 1-point score with 0.1-point variable for each category for a theoretical maximum total of 5 points (a perfect movie). A single 0.5-point demerit for lack of originality; scoring is based on the following criteria:

How characters are introduced and developed throughout the film gives its distinct association. No movie is possible without it’s characters and this score is obviously holds the top priority.

Is the animated character distinctive? Is the actor able to convey the character’s personality, beliefs, motivations convincingly towards the viewer? The better the characters are developed (backstory, prejudice, preferences), the better the momentum of the movie.

Without actor nor actress bias, I thought that these characters were brilliantly portrayed in their respective films to earn a full 1-point score in this category. Examples movie characters scoring full points:

Besides the development of a character, how the character interacts with his environment and other personalities give the film its flavor. What is the depth of chemistry between lovers? The bond between family members? The camaraderie between friends?

Points are awarded to elements of friendship, family, trials and tribulations, overcoming overwhelming odds and struggles. Are the interactions between the characters turbulent or associative? Do the various relationships with the character build towards an emotional connection with the viewer?

The relationships portrayed in a movie should jibe with the audience own experience of life, that is, in real life, just as in stories, the thing that reveals our character most effectively is how we interact with other people. What moves the audience is watching the unfolding portrayal of the relationship between the characters on screen. A good relationship portrayal will have two elements: the resolution of the tension (the character accomplishes the goal, solves the mystery or resolves a problem) and the celebration with other characters as a result of that success.

An great multi-relationship movie that I think did rather well was The Incredibles (2004) portraying a family with super-powers and their societal and interpersonal struggles. Or in the case of a sad or bittersweet ending where the character resolves the loss or absence of a relationship such as Forrest Gump (1994) losing his mother, friend and lover; and Michael in The Godfather Part II (1974) depicting a lonely man having made a wrong choice during the events of the movie.

Movies with excellent emotional portrayal will score well in this category – a sense of loss, coming to terms with grief, sacrifice of a parent, the tragedy of star-crossed lovers. Intertwining scenes of friendship, family and forbidden or pained romance is a good formula to tug at the heartstrings. Some memorable examples of central relationships in movies:

This section is simple. Storyline.

The premise of the movie that outlines the flow of events and actions that subsequently develops the overall plot over the course of the film is not only crucial, but the connection of each scene builds the overall narrative structure. Points are lost if the plot and premise is predictable or riddled with contrivances and points gained if there were unexpected or shocking twist of events that shattered assumptions.

Remember when Vader revealed that he is the father of Luke Skywalker?

A well-designed movie encompasses three primary acts: introduction of characters, tension and struggles throughout the story and the final climax and conclusion of the film culminating a well-delivered story.

Movies with depth of intellectual engagement, unpredictable plots, psychological thrillers, exploring philosophical or moral topics score well in this category. There are some movies that I like due to the application of Freudian concepts, subject’s existentialism and the struggle between opposite dichotomies.

Scenes are clips of iconic film moments and distinctive visuals that cumulates the re-watchability of a movie, and these separate moments are important to building the drama of the film plot. A scene could comprise of a seat-gripping adrenaline-busting action such as the protagonist clinging on precariously towards certain death or a tear-jerker moment or simply the nail-biting tension a of hero navigating a maze of venomous snakes.

An unforgettable scene is a perfect synchrony of the actor’s acting and the flair of the director’s perspective that is the trait of classy visual storytelling, where an environment depicts conflict and the actor reacting skillfully towards it.

I recall Michael Pena’s hilarious rapid-monologue in Antman (2015) and an exquisite blend of humorous film-making! Hallmark scenes have become memes on social media and end up becoming pop-culture references.

Of course, there are numerous curated top-ten memorable movie scene lists from CineFix, Looper and WatchMojo, but I have my own favorites replays of some memorable scenes in a few movies worthy of mention:

Darth Vader snuffing out rebel resistance in Rogue One: A Star Wars Story (2016)

“He’s my friend”, “So was I”. Two friends of opposing beliefs beating the crap out of each other, Iron Man Vs Captain America & Bucky Final Fight Scene in Captain America Civil War (2016).

Neo’s ‘bullet-time’, bullet-dodging scene by Keanu Reeves in The Matrix (1999)

Filming a classic to enrapture the insatiable appetite of movie-goers is no easy task and directors and studios go to extraordinary lengths to create the cinematic effects that pushes the boundaries of creative imagination and realism.

In fact, the relentless pursuit for new visual presentation techniques see studios advancing the level of film-making technology available to them. Today studios rely heavily on 3D and CGI effects, but the real crux of cinematography is the inventive blend of effects and the vast effort and resources that go into creating the visually compelling scene.

For example, Disney studios pioneered color animation and the development of soundtrack, the Starwars franchise required whole generation of special effects to bring that universe to the big screen, to further add to the realism of the sinking in the movie Titanic (1997), an actual ship was built and sank. It doesn’t get anymore realistic than that!

I think it is important to recognize and reward this tenacious quality of filmmakers and thus a category awarding points to groundbreaking cinematographic visual presentation and the effort required to achieve the desired effects.

A film can be inspired by scenes or ideas from other motion pictures; however, originality refers to a fresh plot or idea or approach executed in the film that has not seen before in any other movie. Viewers want to enjoy films that have a truly original and fresh take and the inability of the studio to construct a novel and compelling narrative is a demerit in my scoring system for a subtle lack of originality.

I’ve come to realize that no amount of fantastic special effects nor CGI can truly replace an original and immersive storyline. With all the cross-pollination and reboots and re-adaptions of films these days, it’s glaringly apparent when a movie is just a re-packaged motion picture of another movie. In fact original films accounted for only 39% of Hollywood films from the last 20 years.

I my opinion, movies that I truly enjoyed but had to penalize due to this factor for example include Avatar (2009) directed by James Cameron. I was torn by this, Avatar was an excellent movie scoring top points for special effects with their proprietary digital 3-D Fusion Camera System, beautiful scenes of floating mountains inspired in part by the Chinese Huangshan mountains and I really liked the tempestuous relationships between the different characters of the movie (hotheaded military personnel, empathic scientists and the conflicted businessman).

The story is basically a soldier ordered to integrate with an indigenous local population with the goal of subjugation or conquest but ending up falling in love with a local woman and turning against his own people to defend her exotic culture.

Sound familiar? There are at least five movies I could recall of portraying the same exact story. Pocahontas (1995), Dances with Wolves (1990), A Man Called Horse (1970) and The Last Samurai (2003). Another well-made movie recently was Black Panther (2018), a movie that received significant acclaim due to portrayal of the a racial minority, but the movie Hotel Rwanda (2004) explores the same topics of racial violence, exploitation of natural resources, political corruption, and the movie was based on actual events.

Plot parallels cannot be ignored and remakes, sadly new movies that sound suspiciously like existing films, reboots and remakes will suffer this demerit. On the other hand, examples of movies with an original and fresh perspective that received the bonus score:

Well what do you think of my scale and what are your favorite movies? I’d love to hear your thoughts!